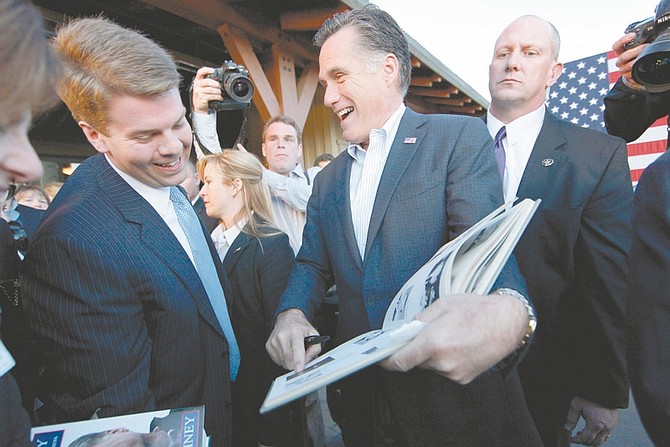 Republican presidential candidate, former Massachusetts Gov. Mitt Romney, shows a picture of himself in his high school yearbook to aide Garrett Jackson, which was handed to him by a member of the audience, at a campaign rally in Reno, Nev., Thursday, Feb. 2, 2012. (AP Photo/Gerald Herbert) 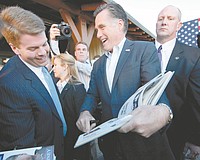