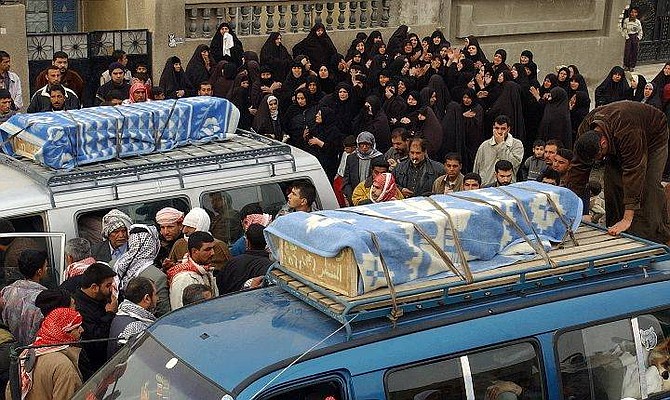 Family members and friends of Iraqi brothers Sabah, 22, and Diyaa Sayid, 21, mourn as their coffins are loaded onto cars for a funeral ceremony in Sadr City, Baghdad, Tuesday, Feb.1, 2005. The two brothers where killed when a mortar landed next to a polling station in Sadr City on Sunday while they queued to vote in Iraqi&#039;s first free election in a half-century. (AP Photo/Karim Kadim) 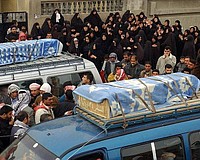