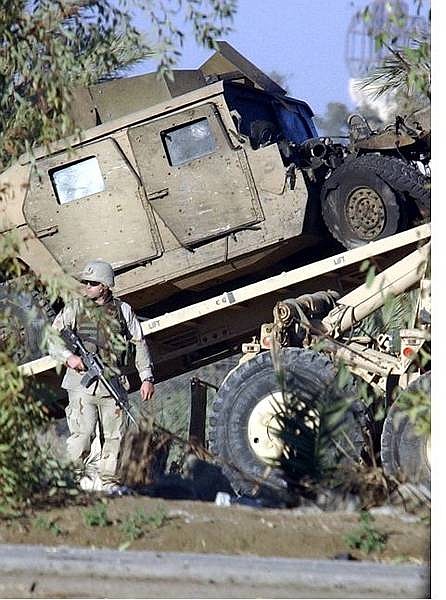 A US soldier secures the area as an armored vehicle is removed following an roadside bomb attack on a U.S. convoy on the road to Baghdad airport, Wednesday, Jan. 26, 2005. Insurgents staged attacks against U.S. forces, schools to be used as polling stations and political party offices, as they pressed a bloody campaign to undermine Iraq&#039;s weekend elections. (AP Photo/Mohammed Uraibi) 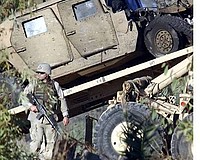