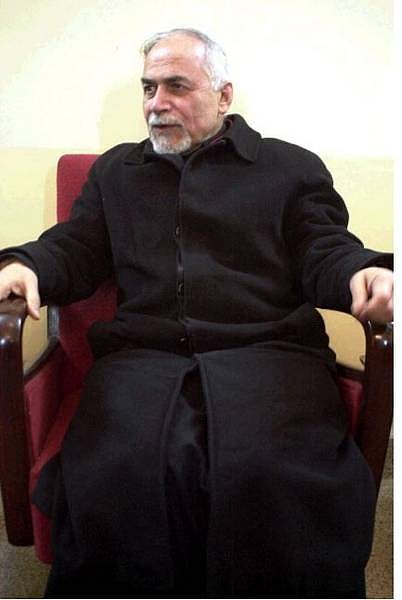 Basile Georges Casmoussa, 66, the Archbishop of the Syrian Catholic Church sits in a chair after he arrived back to the church in Mosul, some 360 kilometers, (225 miles) north of Baghdad, Tuesday Jan. 18, 2005. The Archbishop, kidnapped in Iraq on Monday has been freed. A ransom of US$200,000 (153,478) initially had been demanded but the bishop was released without the payment of any money, the Vatican said. (AP Photo) 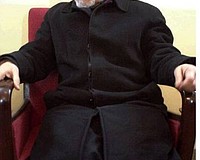