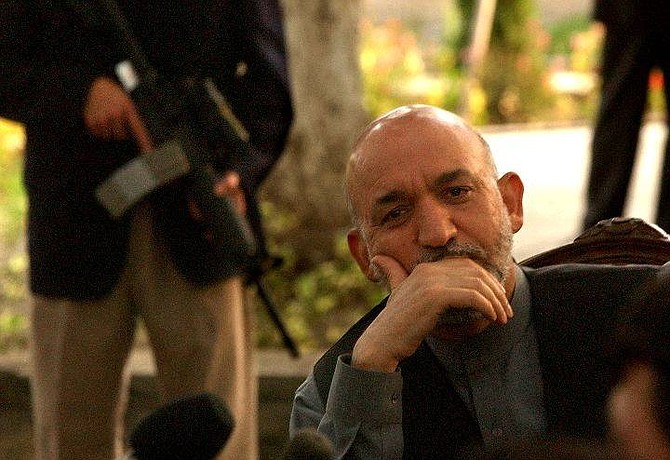 Afghan President Hamid Karzai listens to a reporter&#039;s question during a press conference in Kabul, Afghanistan, Tuesday, Sept. 14, 2004. Karzai escaped a rocket attack on the U.S. helicopter carrying him to a provincial capital in eastern Afghanistan Thursday, Sept. 16, 2004, officials said. No one was hurt. (AP Photo/Emilio Morenatti) 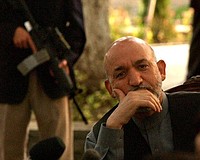