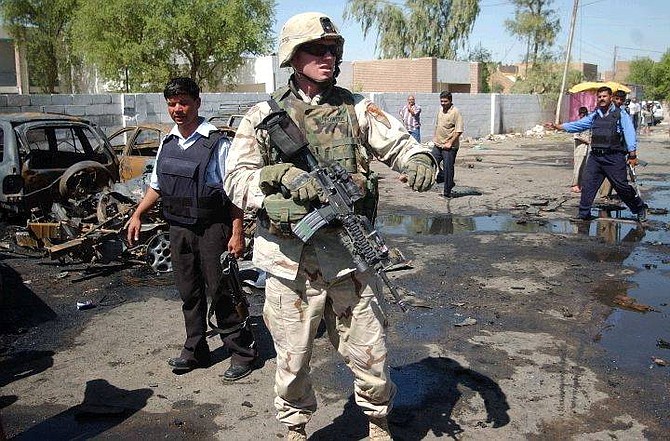 A U.S. soldier inspects the site along with Iraqi policemen after a massive explosion outside a police station at the end of Haifa Street in Baghdad, Iraq, Tuesday Sept. 14, 2004. At least 47 people were killed and 114 wounded as the blast ripped through scores of people gathered there hoping to join the police force. (AP Photo/Khalid Mohammed) 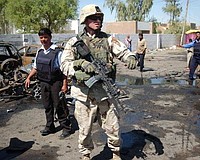