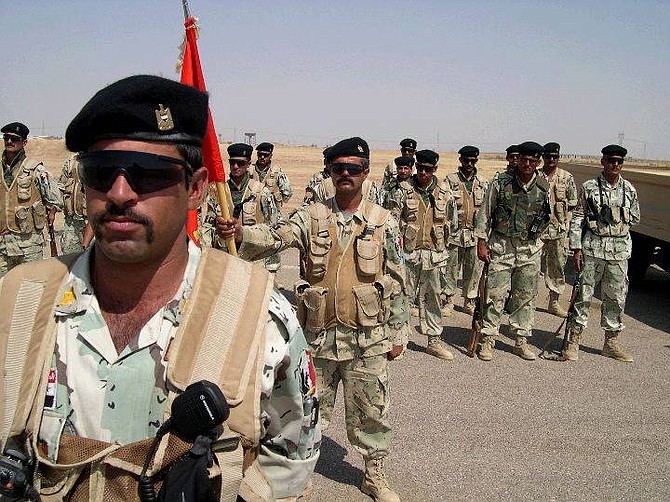 Iraqi National Guardsmen train on the American base in Uja, Iraq, on Thursday Sept. 9, 2004. The 50 Iraqi National Guardsmen training on the American base outside this dusty village where Saddam Hussein was born are key to U.S. plans to pull its 140,000 troops out of Iraq. The recruits hope to become one of postwar Iraq&#039;s first bomb disposal units. (AP Photo/Jim Krane) 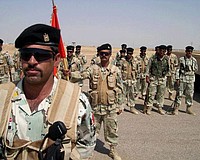