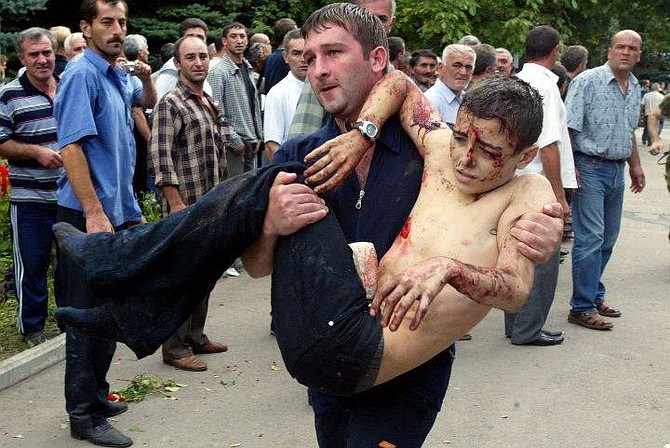 A wounded boy is carried after he escaped from a school in Beslan, Northern Ossetia, Russia Friday, Sept. 3, 2004. Four children and a woman were killed as commandos stormed a school Friday in southern Russia where hundreds of hostages had been held for three days by Chechen rebels strapped with explosives. Local officials said 250 hostages were wounded, 180 of them children. (AP Photo/Ivan Sekretarev) 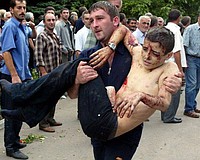