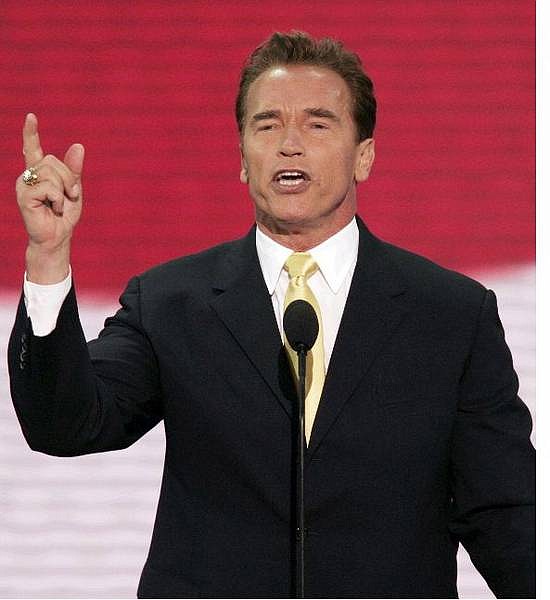 California Gov. Arnold Schwarzenegger addresses the delegates at the Republican National Convention Tuesday, Aug. 31, 2004, in New York. Austrian historians challenged Schwarzenegger for telling the convention that he saw Soviet tanks in his homeland as a child and left a &quot;socialist&quot; country when he moved away in 1968. (AP Photo/J. Scott Applewhite) 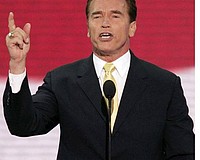 Austrians question Schwarzenegger's recollections of his homeland in remarks to RNC