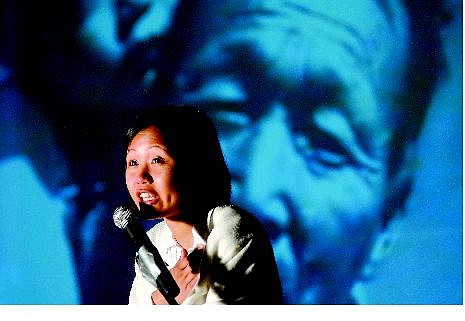 Rick Gunn / Tribune News Service Mona Leach portrays the fictional character, Emmy, while footage of people in actual Japanese Internment Camps during World War II plays in the background. The performance of &quot;Within the Silence&quot; at Eagle Valley Middle School in Carson City on Wednesday is part of the Living Voices theater company. 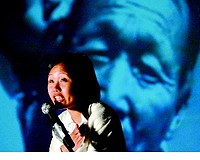