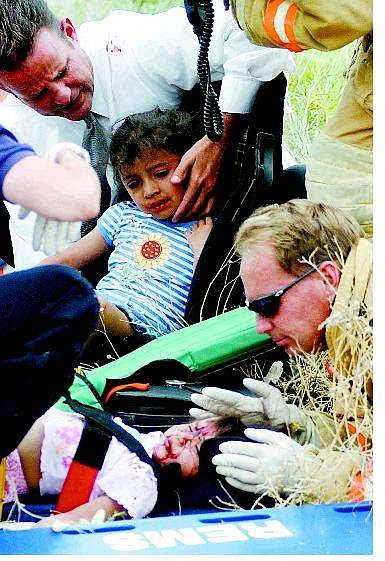 BRAD HORN/Nevada Appeal Two unidentified young girls get help from Carson City firefighters and others after an accident at Washoe Lake on Highway 395 Thursday afternoon. Eight people were taken to Washoe Medical Center after being ejected during the roll over accident. A ninth victim was not ejected but was taken to the hospital. 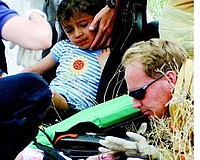