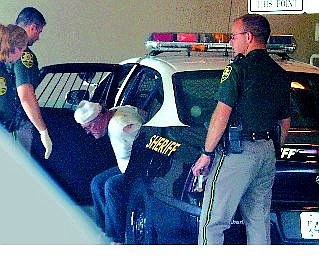 Businessman Allan Fiegehen is taken out of the patrol car at the Carson City Jail after he was arrested for running a police barricade to check on his Lakeview home. Fiegehen allegedly scuffled with a deputy when he was stopped. The deputy was bitten by Fiegehen&#039;s dog. 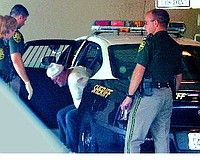