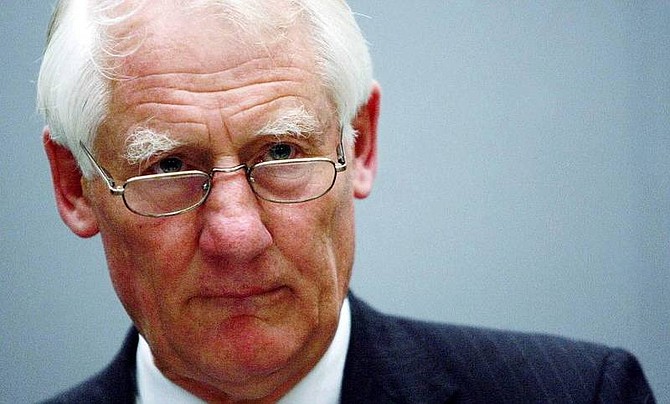 Lord Butler speaks at a news conference in London, Wednesday July 14, 2004, following the publication of his report on the intelligence received by the British government before the war with Iraq. Butler was commissioned in February to look into the gap between the intelligence community&#039;s pre-war claims that Saddam Hussein had illicit arsenals of weapons of mass destruction and the failure of the Iraq Survey Group to find any trace of such stockpiles. (AP Photo/David Bebber, pool) 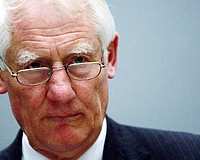