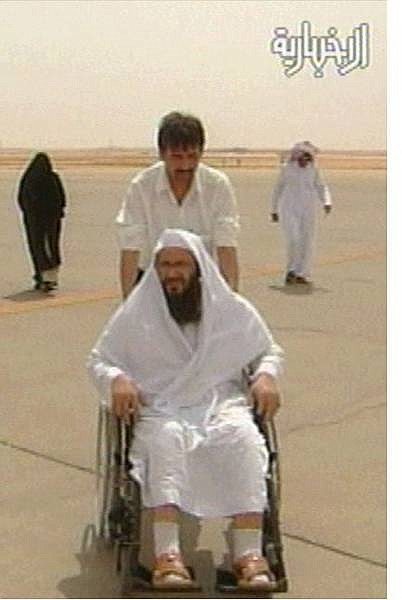 ** RETRANSMISSION FOR ALTERNATE CROP ** Khaled bin Ouda bin Mohammed al-Harby is pushed in a wheelchair after arriving to the Riyadh, Saudi Arabia airport in this image made from television Tuesday, July 13, 2004. Al-Harby, a confidant of Osama bin Laden, surrendered to Saudi diplomats in Iran and was flown to the kingdom Tuesday. He is the most important figure to surface under an amnesty promising to spare the lives of militants who turn themselves in. (AP Photo/Al Ekbariya via APTN)** TV OUT SAUDI ARABIA OUT ** 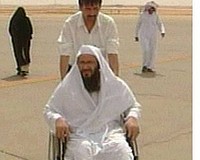