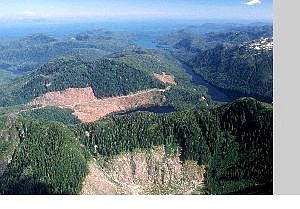 Associated Press A section of the Tongass National Forest on Prince of Wales Island in Alaska, is shown in this aerial photo taken in 1990. The patches of bare land in the center are where clear-cutting occurred. Pacific Northwest conservationists are decrying the Bush administration proposal announced Monday. 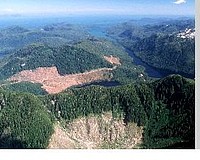