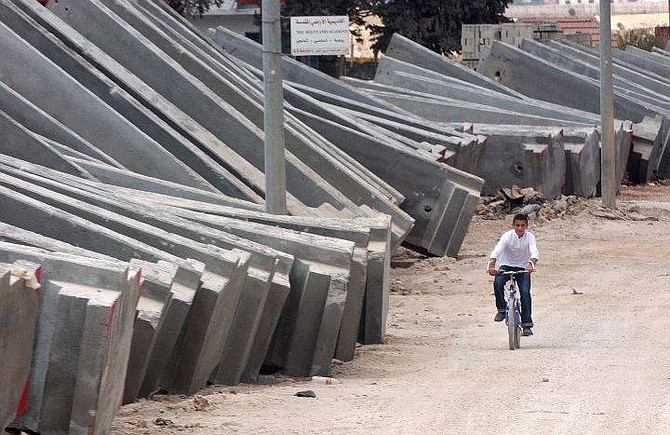 A Palestinian boy rides his bicycle next to cement blocks to be used in the construction of a section of Israel&#039;s separation barrier in the town of A-Ram, in the outskirts of Jerusalem, Friday July 9, 2004. The U.N.&#039;s highest judicial authority decided Israel&#039;s planned 425-mile-long barrier in the West Bank violates international law and must be dismantled. Palestinians called the decision ``historic,&#039;&#039; while Israel rejected the world court&#039;s authority in judging the matter.(AP Photo/Muhammed Muheisen) 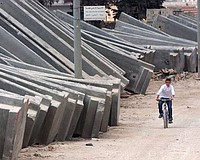