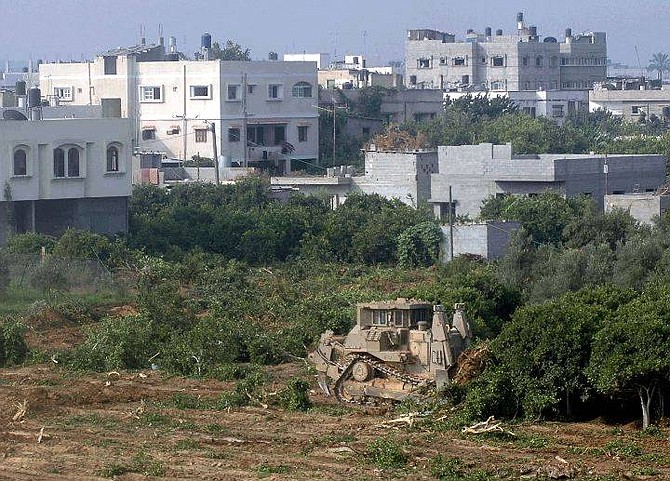 An Israeli army bulldozer uproots orange trees in the outskirts of the northern Gaza town of Beit Hanoun, background, as fighting goes on in the city during a major Israeli army incursion Thursday July 8, 2004. Israeli troops and Palestinian gunmen fought fiercely in Beit Hanoun Thursday. At least six Palestinians, among them three militants and a 35-year-old woman, have been killed, Palestinians and the Israeli army said. (AP Photo/Hatem Moussa) 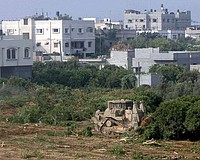