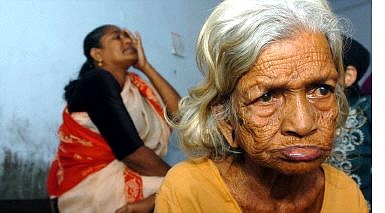 Kunjumol, 90, right, a tsunami victim, sits at a relief center at Chellanam, in the southern Indian state of Kerala Wednesday. More than 77,000 people are reported dead around southern Asia and as far away as Somalia on Africa&#039;s eastern coast, most killed by massive tidal waves after a magnitude-9.0 earthquake off Indonesia&#039;s coast on Sunday. Associated Press 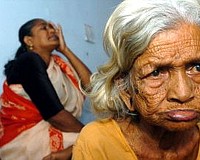 Desperation felt in Indonesia as relief effort bogs down