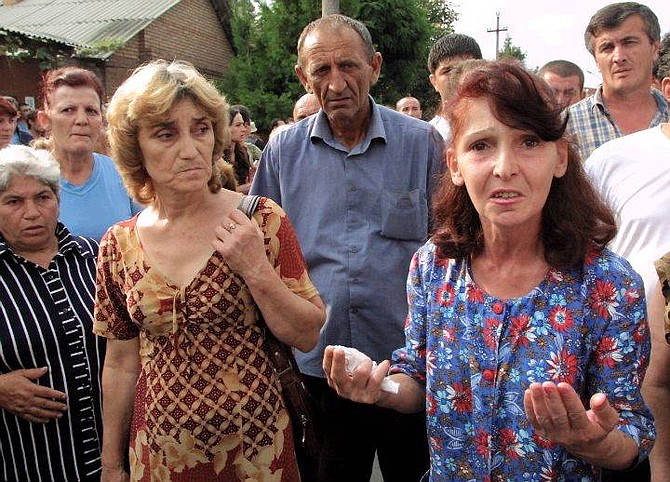 Ossetian women try to get news about their children, as they stand not far from the school seized by attackers in Beslan, North Ossetia, Wednesday, Sept. 1, 2004. Attackers wearing suicide-bomb belts seized a Russian school in a region bordering Chechnya on Wednesday, taking hostage about 400 people, half of them children, and threatening to blow up the building. At least two people were killed, one of them a parent who resisted an attacker. (AP Photo/Musa Sadulayev) 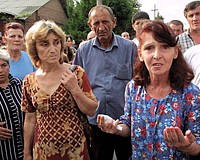