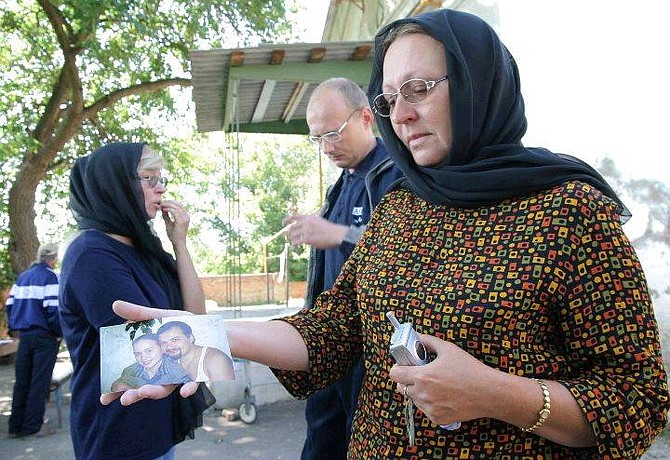 Larisa Polyakov holds a picture of her husband Vladimir and daughter, no name provided, outside a morgue in Kamentsk-Shakhtinsky, Russia, in the Rostov region some 600 miles south of Moscow, Friday, Aug. 27, 2004, after Vladimir died in a plane crash Tuesday. Vladimir Polyakov&#039;s relatives arrived in Kamenetsk-Shakhtinsky to retrieve his coffin and bring it to Moscow for burial. Polyakov&#039;s sister Marina, left, and brother Yuri, speak in the background. (AP Photo/ Sergei Venuavsky) 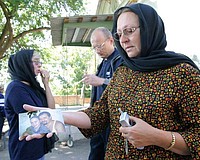 Terrorism blamed in at least one of Russia's two plane crashes