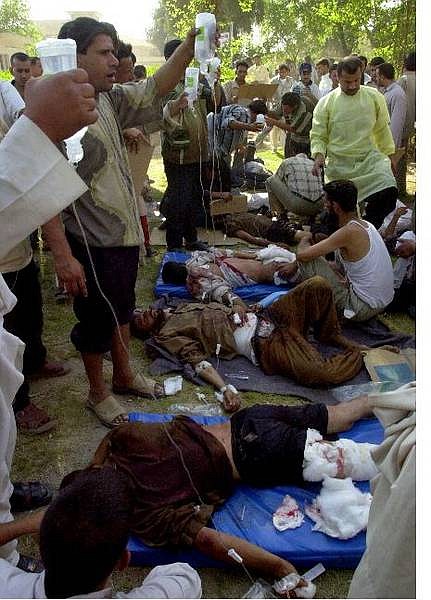 Iraqi men tend to the injured from a mortar attack on the main mosque in the Iraqi city of Kufa, after the hospital ran out of space to treat the patients, in the garden of a hospital in Kufa, Iraq Thursday Aug. 26, 2004. The mortar barrage hit killed 27 people and wounded 63 others as they prepared to march on the violence-wracked city of Najaf. (AP Photo/Hadi Mizban) 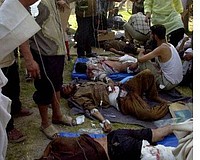