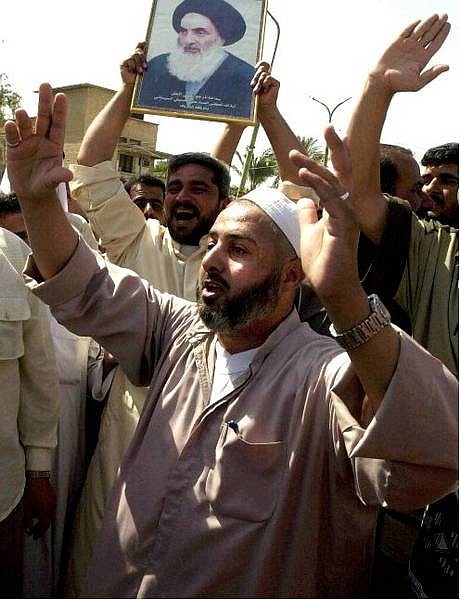 Shiite Muslims hoist a picture of Grand Ayatollah Ali Husseini al-Sistani, 73, outside of the place where he is resting, after he crossed into southern Iraq from Kuwait about midday in a convoy of vehicles accompanied by Iraqi police and national guardsmen in to the southern city of Basra, Iraq Wednesday Aug. 25, 2004. Al-Sistani has been in London for medical treatment since Aug. 6, one day after clashes erupted in Najaf. The cleric wields enormous influence among Shiite Iraqis and his return could play a crucial role in stabilizing the crisis. (AP Photo/Nabil al Jurani) 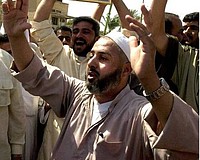