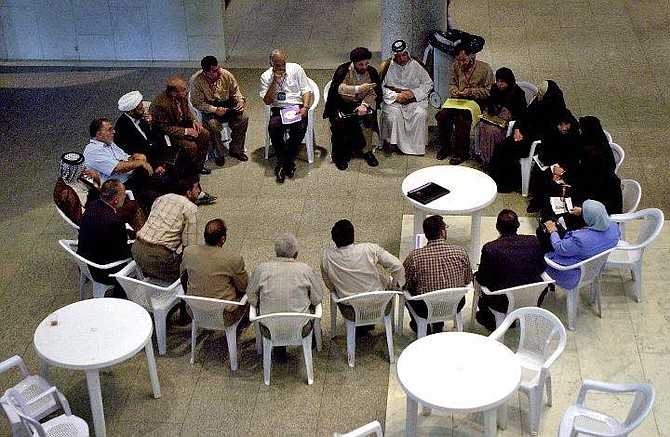 Delegates come together to choose candidates that will form a delegation to meet Muqtada al-Sadr in Najaf to ask him to stop fighting and join the political process instead during Iraq&#039;s National Conference Monday Aug. 16, 2004. National Conference delegates called Monday for radical Shiite cleric Muqtada al-Sadr to abandon his uprising against U.S. and Iraqi troops and pull his fighters out of a holy shrine in Najaf. (AP Photo/Hadi Mizban) 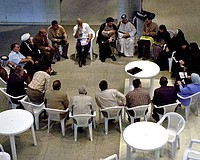 Conference delegates call on militants to withdraw from Najaf shrine