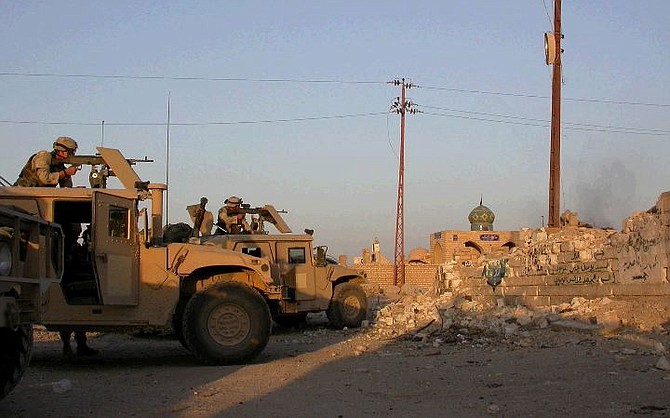 American soldiers aim towards Mahdi army positions at the world&#039;s largest cemetery in the holy Shiite city of Najaf, Thursday Aug. 12, 2004. U.S. forces suspended a major offensive against militants in Najaf on Friday, Aug. 13, 2004 as Iraqi officials and aides to radical Shiite cleric Muqtada al-Sadr met to try to negotiate a truce to end nine days of fighting in the holy city. (AP Photo/Tod Pitman) 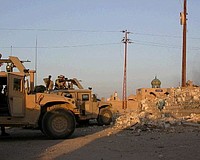