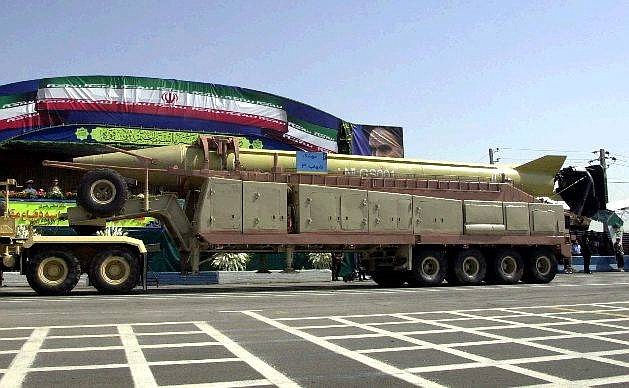 ** FILE ** Iran&#039;s Shahab-3 missile, which has a range of about 810 miles (1,296 kilometers) is seen during a parade ceremony in Tehran, Iran, in this Sept. 22, 2003 file photo. Iran successfully test-fired a new version of its ballistic Shahab-3 missile on Wednesday Aug. 11, 2004, to assess the latest modifications, which is thought to be capable of reaching U.S. forces in the Middle East and produced in response to Israeli efforts to improve their own missile power. (AP Photo / Vahid Salemi, file) 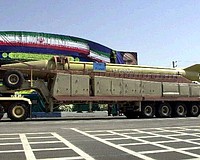