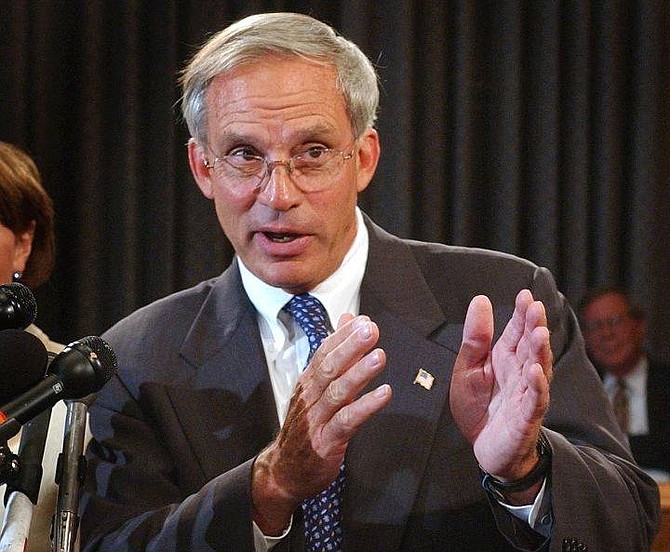 ** FILE ** Rep. Porter Goss, R-Fla., chairman of the House Select Committee on Intelligence, talks with reporters during a news conference on Capitol Hill in this July 24, 2003 file photo. According to a senior administration official, President Bush has chosen Goss to be the new director of the CIA, it was learned Tuesday, Aug. 10, 2004. (AP Photo/Dennis Cook, File) 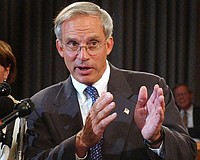