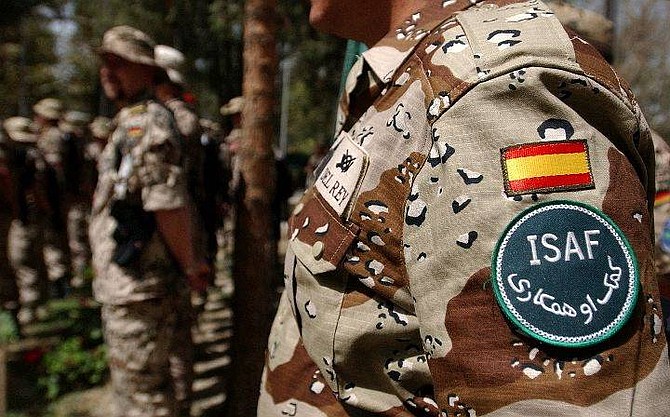 A Spanish soldier stands at attention during a ceremony in Kabul, Monday, Aug. 9, 2004, as a five-nation European defense force relieved Canada from its turn at the head of the international contingent of troops in Afghanistan. Eurocorps, made up of detachments from five European Union countries; Belgium, France, Germany, Luxembourg and Spain, assumed command of the international peacekeepers in Afghanistan&#039;s capital Kabul, in the 12-year-old force&#039;s first deployment outside Europe. (AP Photo/Emilio Morenatti) 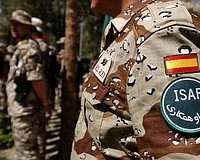