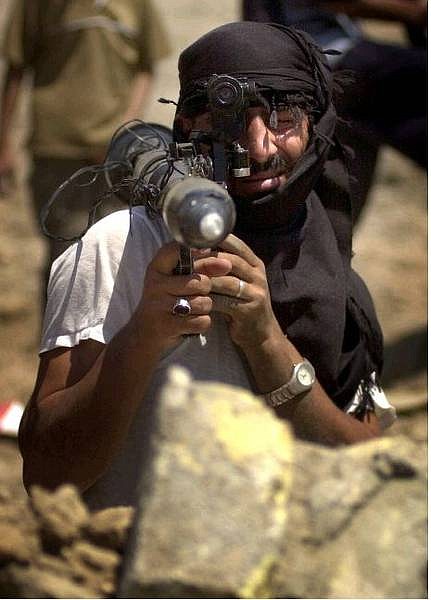 A follower of Shiite cleric Muqtada al-Sadr carrying an RPG launcher takes to the streets in the southern Iraqi city of Basra, Monday Aug. 9, 2004. The British military said it had reports that 150 militants were walking through Basra demanding all shops be closed. The Mahdi Army threatened Monday to take over local government buildings in Basra if U.S. troops did not leave Najaf, and also said they would target oil pipelines and ports in southern Iraq. (AP Photo /Nabil Juranee) 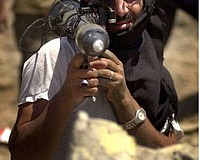