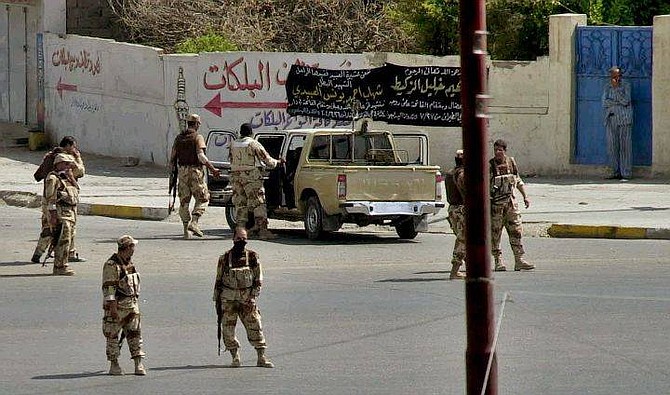 Iraqi police control the intersection near a gun battle in the northern Iraqi town of Mosul Wednesday Aug. 4, 2004. The U.S. military said the violence was part of a series of attacks in the city, including a grenade attack that hit a home, a shooting at a police station and a roadside bomb attack on a U.S. convoy. (AP Photo/Mohammed Ibrahimi) 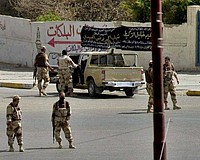