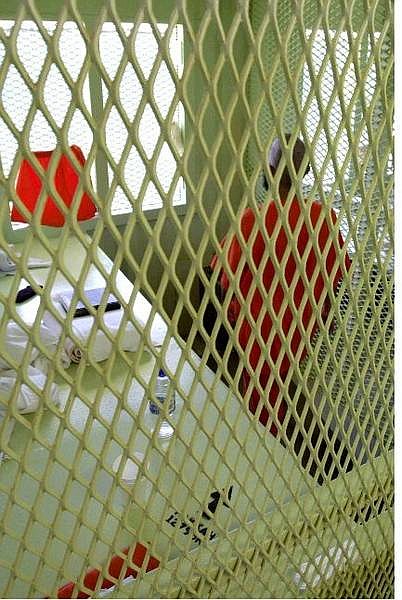 A detainee prays inside his cell in Camp Delta at the Guantanamo Bay Naval Base, Cuba on June 30, 2004. Preliminary hearings for the first terror suspects to be tried in military tribunals are planned for the end of this month, a U.S. military official said Tuesday, as the government hurried to make final preparations. (AP Photo/Andres Leighton, file) 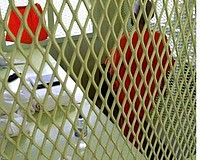