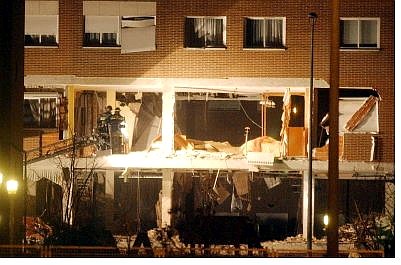 Associated Press Firefighters in a crane, examine the damage after three suspected terrorists who were sought in connection with March 11 Madrid bombings, blew themselves up in a building that was surrounded by police in Legenes, near Madrid, Spain, Saturday. One special forces agent was killed and 11 police officers were injured in the operation. The fete of the suspects is unknown at this time. 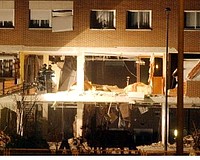