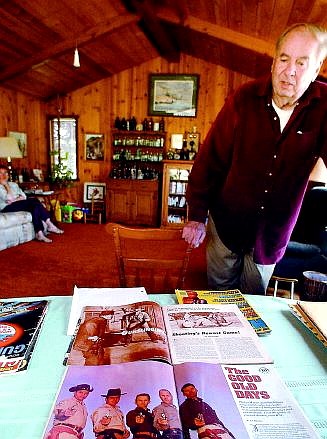 Rick Gunn/Nevada Appeal Former Southern California law enforcement officer Jack Weaver looks over a number of magazine articles written about him at his home in Indian Hills. Jack was the first one to use a two-handed handgun stance, commonly used by law enforcement today. At top right, a poster of Weaver demonstrating his stance. 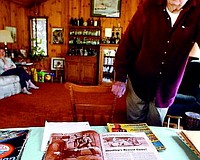