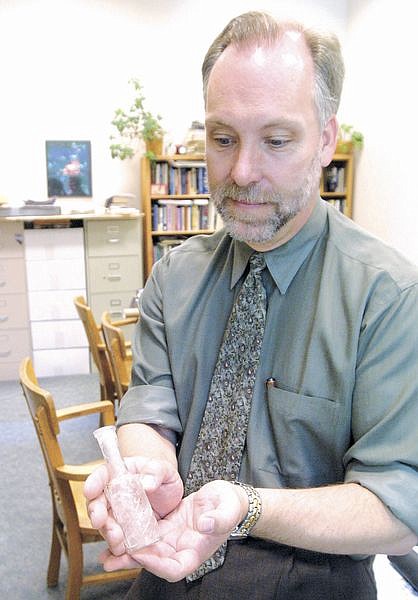 Ron James, Nevada State Historic Preservation Officer, shows off a Tobasco bottle believed to be 130-years-old, in his Carson City, Nev. office on Thursday, June 27, 2002. The bottle was found in an archaeological excavation in Virginia City, Nev. of the Boston Saloon which was in operation from 1864 to 1875. (AP Photo/Cathleen Allison) 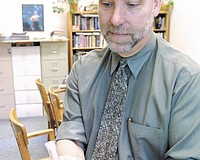