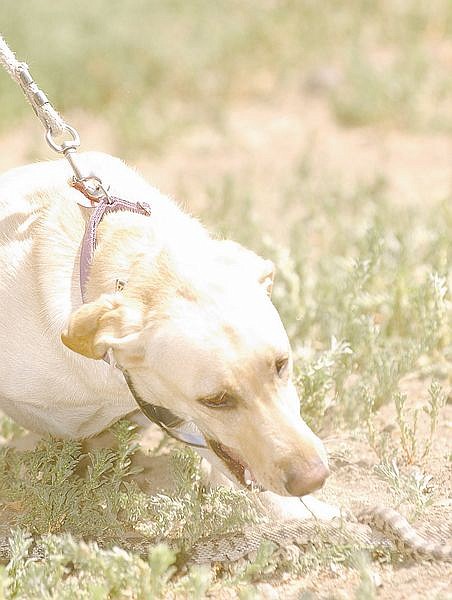 Ginger gave trainers an unexpected reaction during her snake aviodance class by trying to attack the smake rather than retreat from it. The dogs were given a slight shock that feels similar to a sharp tingle which usually causes the dog to retreat. Photo by Brian Corley 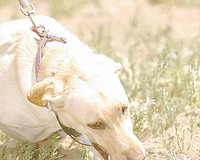