I’m writing to voice concerns about the new subdivision. I agree with many, if not all, of the concerns voiced in previous letters to the editor and various fliers that have been distributed. The top concerns from those already mentioned are the fact that allowances are being made to help the contractor start this subdivision. If we, as a county, are going to tell certain groups that they don’t have to obey the laws already on the books why have the laws at all? Since there is a law shouldn’t it apply to everyone? I strongly disagree with any deal in which a group or groups are given a pass on obeying laws or are given government money to help them with their business. I feel that helping businesses in this way hurts everyone in that not everyone has the political clout to start a business with government hand-outs. Giving certain businesses these free passes smacks of favoritism.

My other main concern already voiced is the road allowance. I am concerned about dust along with everyone else. I am also concerned that the people who will buy these homes are being cheated out of a safe, reliable road to their homes. What will happen if we have another housing crash before the required 199 homes are built and the road is still gravel? According to the plan as stated, the builder would have no responsibility to pave the road. What happens then? Will the taxpayers have to pay for the road? How would that be fair? The builder gets the money and we get the bill.

One concern I have that has not been voiced is that of how to safely evacuate the Ranchos when we have a wildfire in the south hills. We all know it’s going to happen sooner or later. I’m not sure how the Ranchos would be safely evacuated with its present population. Even if the road from the south end of Tillman to Heritage and eventually to Highway 88 were put in before any homes were built that would probably not be a viable evacuation exit as it would most likely put evacuees near or in the path of the fire.

When this project was originally proposed, there were far fewer houses for this acreage. Why the increase? Why the miniscule lots? Is it only to cram more people in? Make a bit more money? If these are the only reasons to increase house number and decrease lot size then I draw the conclusion that the builder really doesn’t care about anything but how much money he/she can make. At the risk of being lumped in with the I’ve-got-mine-you-can-go-somewhere-else crowd I like the valley how it is. There is no need to build on every single buildable lot. I realize that growth is good and with growth comes the need for housing. I’m willing to see housing increase in a reasonable manner. This many homes on this few acres isn’t reasonable. If the builder would consider building within the current building laws and reducing the number of homes I could possibly get behind this project. As it is, I don’t want it.

I’ve lived in this valley for nearly 30 years. I’ve seen a lot of changes. Some have been good and some not so much. In the last 10 years, I’ve seen the voters tell their elected officials what they wanted or didn’t want. Then I’ve watched as the elected officials do an end run around the voters to get done what they wanted anyway. For that reason, I suspect that my letter/opinion will mean nothing to any of you. Money and its acquisition seems to be the only master these days. I would ask that you try to rid your eyes of the dollar signs and really hear the voters and the residents. 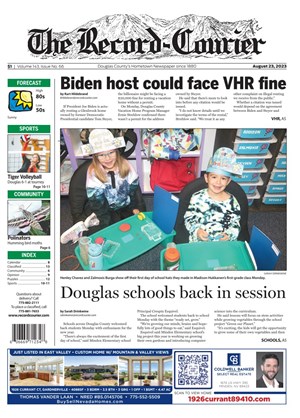