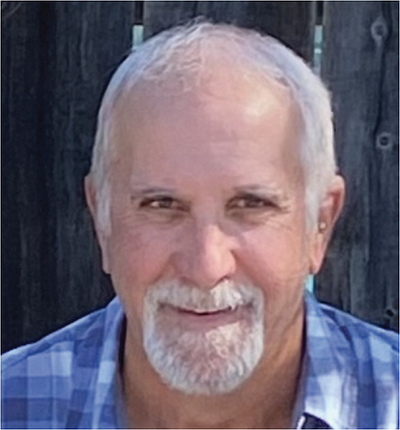 Arvin Huck, transferred to heaven, while shoveling snow on New Year’s Eve Day. Arvin was 59 years young and was born number 7 out of 13 kids, to Louie and Rose Huck of Ballantine, Montana. He and his “womb-mate,” Ron, tipped the scales with a combined birth weight of 18.5 pounds. Arvin and his siblings have an incredibly close bond. Growing up their family raised their own livestock and harvested a huge family garden. Arvin joked that lots of family dinners consisted of “Chicken and corn, chicken and corn, chicken and corn.” Family reunions were always filled with stories, laughter, and endless enjoyment of one another.

Arvin and Beth were high school sweethearts and have been together for 42 years and married for 34 years. They moved to Nevada for Arvin’s job and made a wonderful life. You can see his love in the house he built for his wife and daughter and his green thumb in his yard and garden.

They have always lived life to the fullest and have made so many great memories along the way. Moving to Arizona for school, then to Nevada for work, camping or traveling every chance they got. Arvin also enjoyed hunting, fishing, and playing cards. If you were playing cards with him, he would try to help, but the joke in our family-friend circle was that Arvin would just play everyone’s hand for them. Yes, he was a card counter.

Arvin was an incredible software engineer for 34 years at Bently Nevada. He loved the work and his job. He wrote many valuable programs and was considered a “goto” guy for many of the company’s products.

His lasting joy can be found within his family; wife Beth Huck; daughter Sydne Huck; soon-to-be son-in-law Graysen Spencer; and grand kitties Dink and Cowboy. He, like those before him; Ludwig and Rose Huck, Doug Attebury, Ronald Huck, Michael Huck, Sabrina Titus, Dan and Kurt Kautz, Joel and Jon Hardesty, Cy Kincheloe, and Aria Dunn, are lighting the way for family and friends to join them in heaven.

The family would like to thank East Fork Fire, Douglas County Sherriff Department, Walton’s Funerals and Cremations, and all the love from family and friends during this time. A celebration of Arvin’s life will be held at Calvary Chapel, 1635 E Clearview Drive, Carson City, NV on Saturday, January 21 at 11 am. Following the service, we will be serving refreshments. The service will be live-streamed at cccarson.com or Calvary Chapel’s facebook page.