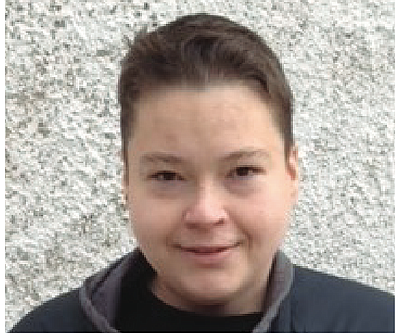 Charlie was a life-long resident of Carson Valley. He attended Douglas County schools graduating from Douglas High School in 2006. He attended Western Nevada Community College and enjoyed classes in art and computers. Charlie moved temporarily to Fallon, Susanville and eventually Durham, California. While in Susanville he attended Lassen Community College where he continued his studies in art and graphic design. Charlie always enjoyed meeting new people and joining new groups.

During his childhood and teen years, he was involved in the 4-H sheep club and became a show lamb breeder. Through 4-H, he also began to own and breed Corgis, a dog breed he owned throughout his life.

Charlie enjoyed volunteering. He assisted at vacation bible school, 4-H activities, Halloween at Russell’s house and the fishing derby. He also loved playing games, and there was nothing like a good game of dice with his aunt or a game of Pedro or Dominos with Grandma JoAn,
Grandpa Larry, and Dad, Chris. Charlie loved his family and friends and was grateful for their love and support.

He was looking forward to spending more time with all of them and continuing to make homemade gifts for birthdays or Christmas. Charlie was very proud of his big brother Russell and his wife, Amanda, and it made his day to get a visit from his nieces, Sadie Jane and Henley Mae.

Charlie is survived by his mother, Robbin Pedrett; his brother Russell (Amanda), his grandparents Larry and JoAn Pedrett, his nieces, Sadie Jane and Henley Mae, his aunts and uncles, Lynda and Daniel Howerton and Judy and Richard Sheldrew. He enjoyed friends John and Juanita Albertson, Mike and Astrid Cebollero and Tom Bettencourt, he also has numerous other cousins.

Preceding him in death was his father, Chris Pedrett and John and Wanda White, maternal grandparents.

He had a very kind heart and will be dearly missed by all who knew and loved him.

A memorial service will be held at the Lutheran Church in Gardnerville on September 30 at 10:00 AM.

In lieu of flowers donations can be made to the Prader-Willi Foundation, California
or the American Kidney Fund.