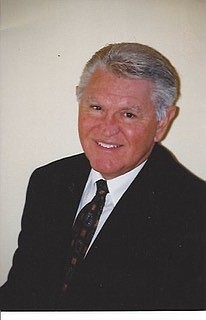 Jerry passed away in his wife’s arms after a strong fight for six years dealing with many health issues.

Jerry was born in Raton, New Mexico to Jack and Bee Chubb, (deceased). He moved with his Mother to Missouri during WW II and when his Father returned from the Navy, they moved to Southern California. They relocated to El Cerrito, California where Jerry attended El Cerrito High School. He was proud to have been voted Senior Class President and stayed in touch with many friends over the years.

Jerry begged his parents for a little brother and after 11 years Jim was born and Jerry took him everywhere. Together they shared a love of sports especially baseball. He adored his brother all his life. Jerry married the love of his life, Juanita (Wells), in 1987. They lived in San Jose, Ca until being transferred to Riyadh, Saudi Arabia. On return, they relocated to Stockton, Ca and then to Genoa, Nevada to be close to their family.

Jerry attended UC Berkley and earned a BS degree in Mechanical Engineering and he also earned a Master’s in Business from Pepperdine University. He worked for FMC in San Jose for 35 years as a design engineer and worked on many of their military vehicles including MLRS, M113, P7, and the Bradley which he was Program Manager for 12 years. His early career with FMC was in Washington, D.C working with the Pentagon, Marine Corps, the Navy and a few embassies.

In 1994 he and his wife Juanita transferred to Riyadh, Saudi Arabia for 5 years where Jerry ran the program, FMC Arabia to refurbish M113 vehicles for the Saudi military. Living in Saudi was an experience of a lifetime where he and his wife made many friends and traveled to many countries including Jordan, swimming in the dead sea, trekking in Nepal, on safari in Africa with a hot balloon ride over the Serengeti, riding the Orient Express from Singapore to Bangkok, Turkey, Russia, and every country in Europe.

Jerry is survived by his wife, Juanita (Wells), brother Jim Chubb, nephews Jayme Chubb (Aurora), Justin, Miles, sons Greg and Mark, daughter Ali Dickey (Scott), grandchildren Jack (Mark), Grace (Dickey), Mason (Dickey) Dawson (Dickey) and his beloved doodle, Teddie. Jerry will be so missed by many but we are happy his spirit is no longer in pain. He touched so many. He was a great son, great husband, great brother, great Father and a caring, sweet soul.

A celebration of life will be held at the Community Room at the Ranch Resort ( Ranch Golf Course) in Genoa, Nevada, January 14, 2023, 1-4pm

Donations can be made to Shriners Hospital, St Jude or the Food Bank.