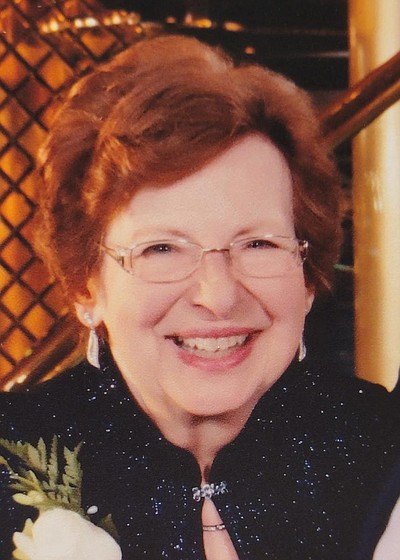 Joan Eleanor Polak Stoltz (Mimi) passed away peacefully, surrounded by her loving family, early on the morning of April 20th, 2022 in Reno, Nevada.

Joan was the distant descendant of the famous Pirate Queen Grace O’Malley and the daughter of Helen (Robbins) and Edward B. Polak, known as the International 'Pepper King'. She was born on February 19th, 1935 in New York City. She and her sister Ann were raised in a very proper household - where one dresses formally for dinner, understands etiquette and the art of hospitality - to which she carried through her entire life. She attended Stoneleigh Boarding School and the University of Colorado where she met her devoted husband of 65 years, Richard B. Stoltz.

From there, her life became a whirlwind of travel as an army officer's wife where she brightened every place they lived with her gift for bringing people together with style and grace. While at Fort Benning, GA she was the president of the largest Officers' Wives Club - one that spans the globe. As an example of her many achievements, she invited Bob Hope to help increase the outcome of a fundraiser to which he happily attended - a tremendous feat. With her love of cooking and her exemplary gourmet skills, one of her crowning jewels was the very successful creation of the Golden Heritage Cookbook - now in its fourth printing. Colonel Richard B. Stoltz and family eventually retired in Reno in 1978.

Joan was the adoring and exceptional mother of Richard B. Stoltz, Jr., Cindy A. Stoltz Margules and Sharon (Sheri) J. Stoltz Uhrig. She is also survived by her 6 grandchildren and 2 great grandchildren with one more on the way. She was so warm and inviting that she has an extensive network of unofficial ‘family’ and many, many friends.

The family is so blessed to have been gifted the quintessential matriarch! As an embodiment of wisdom, courage, faith, love and compassion - her beautiful heart touched the lives of everyone she met.

Her Celebration of Life will be held this summer - date and time to be determined.