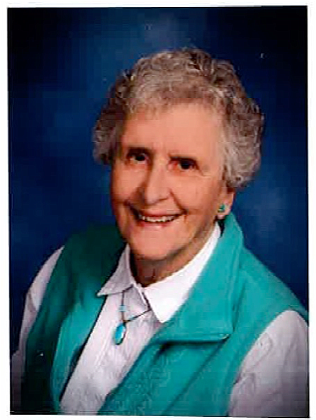 Mary Carolyn Bangert was born March 29, 1931 in Cincinnati, Ohio to Carl Hugo and Alberta (Kumler) Grimm. She grew up in Cincinnati, graduating from Withrow High School and then Wooster College in Wooster, Ohio with a BA in Music.

As her aunt had the same name, Mary went by the name Carol for the majority of her life. Mary was musically gifted and was quite involved in music her whole life. She played percussion in college, sang lead soprano in church choirs, gave piano lessons, and later played handbells. Mary had many interests, and was fortunate to have many great friends throughout her life to share them with.

Mary married Roland Gordon Bangert, whom she met in college, on April 5, 1952, and went with him to Japan for 9 months when he was stationed there. They later lived in Tucson, AZ and Cupertino, CA before finally settling in Redwood City, CA for many years, ultimately divorcing. After her retirement as the Purchasing Manager for the Redwood City School District, Mary lived in Cameron Park and Clear Lake before establishing her residence in Carson City. In her final years, Mary enjoyed living at Carson Plaza. When she developed mild dementia, she moved next door to live in the Memory Care section of The Lodge and her family greatly appreciates the loving care she received there.

Mary was preceded in death by her parents, and brother Carl Albert Grimm.

A Memorial Service will be held at the Carson City First Presbyterian Church located at 115 N. Division Street in Carson City on Saturday, May 21st at 2:00 pm, with a reception to follow. There will be a private urn placement at Walton’s Carson Gardens, 1281 N. Roop Street in Carson City. The family requests casual dress, and bright colors are encouraged.

In lieu of flowers, donations may be made in Mary’s name to the Carson City Senior Center or The Nevada Humane Society.