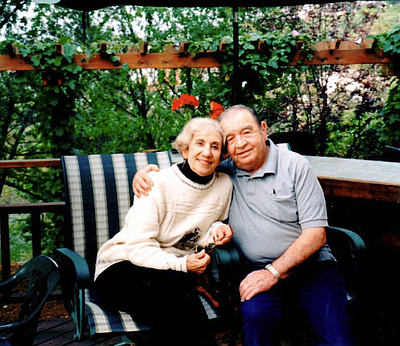 Marian “Mary” Mazza was a loving wife, mother, grandmother, great grandmother, sister, and friend. Mary passed away peacefully at home surrounded by loved ones, at the age of 95, on March 12, 2022, in Gardnerville, Nevada.

Mary was raised in Saint John’s, Arizona, and later moved to Winslow, Arizona. While living in Winslow, Mary worked at Harvey House where she met Angelo Mazza. Angelo had returned to Winslow after serving in the Navy during World War II. Mary and Angelo married in 1947 at Saint Joseph’s Catholic Church, in Winslow, in a double wedding with
Mary’s cousin.

Mary was a devout Catholic, and previously worshiped at Our Lady of Rosary in San Bernardino, California. Mary had a heart for serving others and volunteered as a “Pink Lady” at Saint Bernadine’s Hospital, in San Bernardino, for over twenty-five years. Everyone enjoyed Mary, with her beautiful smile and hardworking mentality.

Mary will be laid to rest next to Angelo at the Riverside National Cemetery, Angelo passed in 2006.

Mary will be honored in a private ceremony at Riverside National Cemetery.

Arrangements are in the care of Walton’s Funerals & Cremations 1521 Church Street, Gardnerville, Nevada.

In lieu of flowers, please make donations to Disabled Veterans at www.DAV.org or Wounded Warrior Project at www.support.woundedwarriorproject.org.