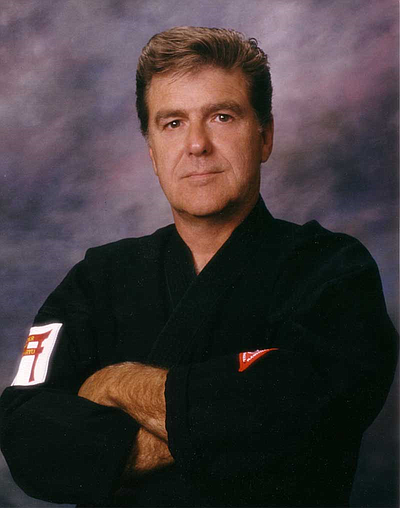 Walter Cooling, beloved husband, father, and mentor, passed from this life on February 12, 2022 at age 77 due to complications from the Covid 19 virus.

Toby was born in Elkton, MD to Walter F. and Hilda (Taylor) Cooling. He was raised in the town of Chesapeake City, MD where he grew up among a large extended family and made many lifelong friends. After graduation from Bohemia Manor High School, he completed refrigeration school and worked in his dad’s hardware and appliance stores. He credits his uncles with teaching him how to do electrical wiring, welding and cutting, and many other construction skills, while his dad taught him business and finance.

Everything interested Toby Cooling. He loved learning and honing new skills, from drag racing his 1937 Chevy Coupe to reading the works of Mark Twain, to martial arts. He never stopped in his quest to be better informed. Like his dad, Toby studied and became a Mason. He proudly served in the US Air Force as a staff sergeant from 1964 to 1970. In 1970, he became a deputy with the Cecil County Sheriff’s Office and worked with them for over 20 years in various positions. But police work did not pay much, so to care for his family he became a real estate agent and then broker. This led to the purchase of a piece of property near the Delaware/Maryland border where he built Jayco Liquors in 1976. The company became very
successful, and he later sold it to his best friend, Bud Ewing, in 1981. It is still a landmark business in Cecil County.

At 16, he began training in Judo. A few years later while in refrigeration school in Salisbury, MD he happened to pick up Black Belt Magazine, volume 1, issue 2. He saw a karate school advertised there that happened to be one block from where he was staying. He went there the next day and became a student of Sensei Tom Lewis. In time, he met and became a student of Master Don Nagle, the legendary Isshinryu Karate fighter from Jersey City, NJ.

He completed courses at the University of Baltimore and received his B.S. in Personnel and Labor Relations (Human Resources) in late 1969. He skipped the ceremony and hopped a plane to Okinawa to meet the Grandmaster of Isshinryu Karate, Tatsuo Shimabuku. He spent two months training there and was promoted to sixth degree black belt by the master before heading home.

In 1971, along with his martial arts students, he formed a fraternity called The Order of Isshin-Ryu. The object of the group was to set standards for promotion to black belt, eliminate the politics so often involved in martial arts, and work together as a family. The Order of Isshin-Ryu celebrated its 50th anniversary last year and is a 501(c)3 organization dedicated to helping people set and attain their goals in life through martial arts training. This was his proudest achievement, and he considered the members to be his extended family. He and his wife Diane shared many adventures over the course of their life together, including moving across the country to live in Gardnerville, NV in 1996. Toby became a Douglas County Sheriff’s reserve deputy for several years, followed by working as a deputy constable for the East Fork Constable’s Office.

As a person, he was a man of thought and action. He did not believe in doing anything halfway. When he gave his word he kept it, and he expected the same of others. He lived by this code, as well as the one he developed for the Order of Isshin-Ryu (see below). He believed strongly in God, the United States, and its Constitution. He loved to debate politics, religion, and just about anything else. If your argument was better, he had no problem changing his point of view. If you were his friend, he had your back regardless of the situation. He was greatly loved by many. He greatly loved his family and friends.

A celebration of life will be held at the Carson Valley Inn in Minden, NV on Sunday, April 3 from 1 – 4 pm. A funeral service for family and friends will be held at Trinity United Methodist Church in Chesapeake City, MD on April 23 at 11 am. A celebration of life by his martial arts family will be on Sunday, April 24 at Bohemia Manor High School in Chesapeake City at 11 am.

In lieu of flowers, please consider donating to one of his favorite non-profits: Austin’s House
(AustinsHouseNV.org) or the Order of Isshin-Ryu Scholarship Fund (OIMartialArts.org) by sending a check in care of R.T. Foard Funeral Home, P.O. Box 27, Chesapeake City, MD 21915.

CODE OF THE ORDER OF ISSHIN-RYU
1. A Karate-ka is fierce in battle and gentle in life.
2. Things aren’t always as they seem.
3. Do not always act in the expected manner.
4. Do not reach a conclusion without all the facts.
5. Everything is relative.
6. Opposites appear the same.
7. Do not block an offensive move until necessary.
8. Separate important from unimportant.
9. Nothing is, until it is.
10. I cannot prevent the wind from blowing, but I can adjust my sails to work for me
11. Do what you say you’re going to do, when you say you’re going to do it.
12. If it’s not yours, don’t touch it; If it’s not true, don’t say it; If it’s not right, don’t do it.