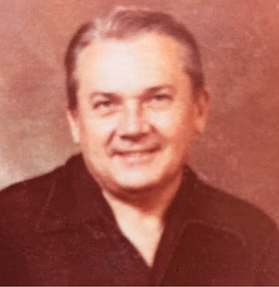 Mark was born in Strasberg ND on April 25, 1932 to parents Magdalena Heiszler & Jacob Geffre. His family moved to Yakima Wa where he graduated from Toppenish High School.

After graduation he joined the United States Marine Corp and served from 1950-1954. He moved to Carson City NV and went to work at NDOT in the Design Section. He Married Jan Park on January 31,1964 in Carson City where they remained and raised their only Son Ray
Geffre. Mark was transferred to Las Vegas and headed the new NDOT Southern Design Section.

After his retirement from NDOT they moved back to his home town in Yakima Wa . When he retired (again) they sold their home, bought a motor home and traveled around the US for several years making many friends along the way.They settled in Payson Az where they
spent the next 10 years. Mark loved bowling and was very good. He bowled several perfect 300 games. He was very easy going and always had a smile on his face.

He had many medical issues over the past years. Macular Degeneration caused him to lose his eyesight in 2020. He passed away at age 89 due to complications from Pneumonia/Covid in Payson Az.

He was preceded in death by his parents, 2 brothers and the love of his life Jan, whom they shared almost 58 wonderful years together.

He is survived by his Son Ray Geffre Sparks Nv, Sister Dorothy Dunn Az, Brother Wendell Geffre Yakima WA and two Daughters Julie and Jill from his first marriage. He is now reunited with his Special Angel Jan in Heaven.

Per their request no service will be held. They will both be interred in the Mottsville Cemetery
at a later date. Donations may be sent to DCHS Historical Society 1477 US-395 Gardnerville NV 89410 or Services to the Blind. RIP till we meet again.