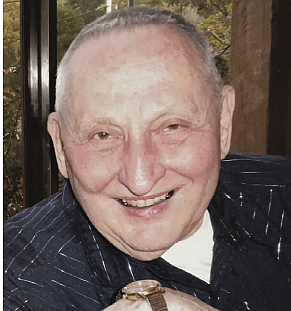 Edmond Pierczynski, M.D., long-time Washoe Valley resident, passed away at the age of 86, at his home on March 2, 2022, with his family by his side.

Known affectionately as ‘Dr. Ed’ or ‘Dr. P.,’ Ed spent 26 years serving his community as a Family Practice physician. He was a member of the charter class of the University of Nevada, Reno, Medical School, and upon completing his internship and residency, he returned to Carson City to practice in 1976. Ed’s exceptional skill and empathy left an indelible impression on countless families in the area.

Prior to medical school, Ed served his country as a nuclear physicist, developing rocket engines at Los Alamos, New Mexico, and the Nevada Test Site in southern Nevada. His contributions to Project Mercury eventually helped NASA understand how to successfully put astronauts in orbit around the Earth.

Ed was born to John and Ruth Pierczynski on January 17, 1936, in Charlotte, North Carolina. He graduated from North Carolina State University, achieving a Bachelor of Nuclear Engineering and a Master of Science. His career took him from North Carolina out west, where he settled in Las Vegas and finally in Carson City, Nevada.

When he wasn’t working, Ed enjoyed cooking chili competitively. As ‘Dr. Chili’ under the ‘Doc’s Secret Remedy’ team, he qualified for the world championship competitions numerous times, and won the ICS World Championship in 1992. His recipe has since been published in several cookbooks and on a variety of food and cooking websites.

Ed is survived by his wife of 36 years, Mary; his daughter Britt; his daughter-in-law Natalie Wood; and his trusty Labrador Retriever, Riley.

He was preceded in death by his first wife Doris, and two children, Mark and Kirsten.

Per his wishes, Ed will return to North Carolina for a private family service and interment. In memory of Ed, please consider donating to a charity of your choice.