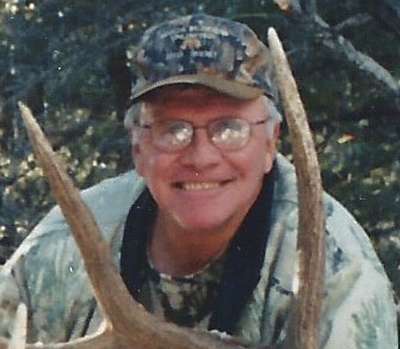 Donald Cavin Hill was a son of the remote Nevada mountains and valleys who never forgot his hometown of Ely, his friends and his love for the great outdoors.

His parents, Curtis and Gertrude Hill, encouraged his fondness for life in the high desert. His father’s well drilling work took the family to mining camps in Arizona and Nevada. Don and his twin brother, Doug, entered second grade in Ely.

Don grew up hunting, fishing and exploring the hills and caves of White Pine County. He graduated from White Pine High School in Ely in 1965 and went on to earn a bachelor’s degree in industrial engineering at Texas Tech University in 1970. He was president of ATO Fraternity in college.

Don worked his way through college by driving trucks during the summer at Kennecott Copper Corp. in White Pine County. After graduation, he was hired as an industrial engineer for Kennecott and later was promoted to material handling and service general foreman. When Kennecott closed its Nevada operations, he entered McGeorge School of Law in Sacramento.

Don worked as a Washoe County Deputy District Attorney and then Assistant US Attorney in Reno. He successfully prosecuted several significant criminal cases for the U.S. Attorney’s office, including convictions of a group of 11 defendants engaged in a slot rigging scheme to defraud Nevada hotels and casinos. After public service, Don became a defense attorney in Reno.

Don met Rebecca Erdmann while he was working for Kennecott and Becky was teaching special education in Ely. They wed in 1983, and their son, Cavin Erdmann Hill, was born in 1989. One of Don and Becky’s great joys was watching Cavin participate in basketball and baseball throughout his school years. Don also found happiness in bouncing around in his “great American pickup” on the backroads of White Pine County, especially with Cavin. Don loved finding new places to hunt and fish and termed such trips “magical mystery tours.” A true Nevada outdoorsman, he was not threatened by, but supported gun control legislation.

Don took his scope outside to view the night sky and daytime activities of birds and even bees, much to the delight of neighborhood children. A natural story and joke teller, he loved being around people and entertaining. He and Becky became legendary for their annual parties celebrating Groundhog Day and the Fourth of July.

In addition to Becky and Cavin, Don is survived by his brother, Douglas Roman Hill (Susan) of Sparks; nieces Adrienne Ariel Hill and Alexis Roman Hill (MatthewTuma) and great-niece Zora Gertrude Hill, all of Reno.

The family asks that in lieu of flowers a donation be made to the Alzheimer’s Association or Lutheran Church of the Good Shepherd, 357 Clay St., Reno, NV 89501.

Don’s friends and family will celebrate his life at 2 p.m., Friday, July 1 at Lutheran Church of the Good Shepherd, followed by a reception at Mi Casa Too, 2205 W. 4th St. in Reno. Casual dress is encouraged in honor of Don’s love of the Nevada outdoors.