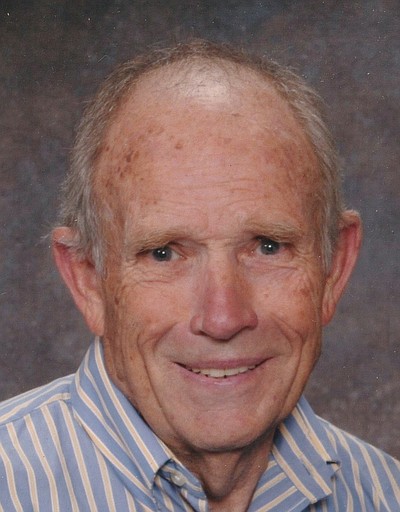 Richard “Dick” Donaldson passed away at his home in Merlin, OR, on May 20th, following a brief illness. Dick was born on December 28, 1933, at home in Taft, CA, to parents Mary and Stuart Donaldson. In 1936, the Donaldson family moved to Newhall, CA, where Dick attended Newhall Elementary School and William S. Hart High School. After his graduation in 1951, Dick joined the Army and spent several years serving in Germany. After returning, he attended Cal Poly SLO and graduated with a mechanical engineering degree. Dick spent most of his working years employed by Southwest Gas Company in Northern Nevada.

Dick is survived by his three sons, Rich (Kimberly), Tom (Kelley), and Bill (Amy), born during his marriage to Sharon Hamer Donaldson, and five grandchildren, Laura, Genoa (Bob), Nick, Kaitlyn, and Julienne. Dick loved his family and was very proud of all their achievements. Dick is also survived by his brother, Bob, and sister, Nancy, and preceded in death by his parents and sister, Diane.

Dick reconnected with his high school sweetheart, Mary, and they married in 1996. Dick and Mary lived in Atascadero, CA, for 13 years. In 2002, they purchased a motor home and enjoyed many trips throughout the U.S. and trips with the Christian Campers, a group of friends from their church. In 2009, Dick and Mary moved to Merlin. He loved his residence there with Mary and his beloved dog, Jack. Dick was very fond of Mary’s three children, Janet (Alan), Ray (Karen), and Joe (Xiao).

A celebration of life will be held in Dick’s honor and his ashes interred in the Northern Nevada Veterans Cemetery in Fernley, NV. Donations in honor of Dick’s memory may be made to the Wounded Warrior Project, which assists veterans wounded while serving in the armed forces.