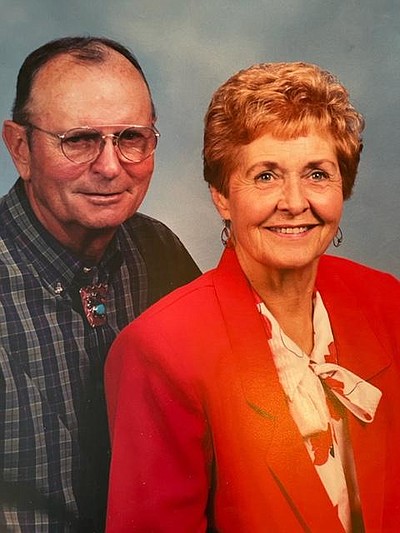 Arlene married Jim Collier in Columbus NB on November 07,1954. She was preceded in death by a brother, Arnold Weyen of W. VA, and a sister and a brother-in-law, Elaine and Don Schwarz of Madison NB.

Arlene was a member of Bethlehem Lutheran Church, Trinity Lutheran Church, and Shepherd of the Sierra Lutheran Church for 57 years. She was active in LWML, church choir, and acted as financial secretary for many years. Arlene enjoyed reading, crafting, family gatherings and spending time with her little beagle Molly.

A memorial service will be held July 2, 2022 at Shepherd of the Sierra Lutheran church, 3680 US-395, Carson City at 10:30am. The Reverend William Abbott will officiate. Flowers need to be sent on or before Friday July 01.

Those wanting to make a memorial contribution in Arlene’s memory can direct them to the Meals on Wheels Program, 911 Beverly Dr., Carson City, NV 89706.

Arrangements were in the trusted care of Autumn Funerals and Cremations