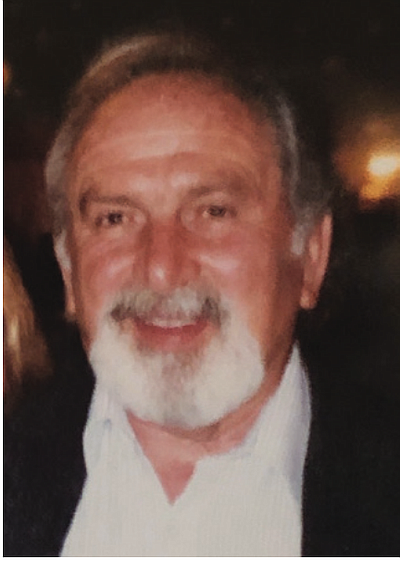 George Alexander Mross was born on April 25, 1935 to Lucretia and George Mross in Youngstown, Ohio. George passed away peacefully on July 20, 2022 surrounded by family.

Born to Romanian immigrants, George was the only one of three brothers who were born in the United States. He was 10 years old when he moved with his family to Reno, Nevada, where his parents owned and operated Beckers Bar on Commercial Row and The Reno Bar on E. 4th Street. George attended Reno High school, playing football for the Huskies. He graduated from UNR in 1962 in education with a minor in English. He earned his Master’s degree from UNR in Education Administration in 1976.

George proudly served the students of DCSD for 36 years. He started his teaching career in 1962 at Zephyr Cove Elementary School, which was a K-8 school at the time, teaching English in 7th & 8th grade. Beginning in fall of 1966, George began teaching English at George
Whittell High School and was named Douglas County Teacher of the Year in 1971. He had a passion for coaching sports, sending many teams and individuals to zone and state titles in football, cross country, basketball, and track. In 1974 he became a teacher/ vice principal at GWHS and then he was promoted to Principal at Kingsbury Middle School, serving as the first
administrator for the school when it opened in 1976. He was named the Administrative Coordinator to assist the Superintendent in 1977 and then was appointed Assistant Superintendent of Personnel in 1979 and remained in that position until retiring in 2002.

George, and his wife Edna, have spent the last 20 years of his retirement enjoying life. The two loved to travel together to explore the natural and cultural wonders of the United States and beyond. Fine wine and food was never far off, and no adventure was complete without a healthy serving of ice cream.

George was a dedicated family man, cherishing time with each of his grandchildren. Fishing, hiking, swimming, bowling, exploring Nevada’s historical places and snorkeling in Tahoe were just some of the adventures he shared with them.

George is survived by his loving wife, Edna, daughter Romelle Cronin-Mack (husband Lou Mack), son Alex Mross, step-daughter Jill Garcia (husband Bob Garcia), step-son Josef Doornink, grandchildren McClure Cronin, Alessandra Cronin, Xander Mross, Quincy Mross, Austin Garcia and Adam Garcia. A special thanks goes to his caregivers with Kindred Hospice and Mrs. Joy Carr who so lovingly cared for him. The family would like to express their deepest gratitude and appreciation to all the family, friends, and former students who visited or wrote letters to George during his illness.

A celebration of life to honor George will be held on Saturday, September 10th, 2022 at 2:00 PM at the Carson Valley Inn in Minden, Nevada. In lieu of flowers the family requests that contributions be made to the Dr. Gregory Betts Memorial Fund in George’s name at P.O. Box 899, Minden, NV 89423