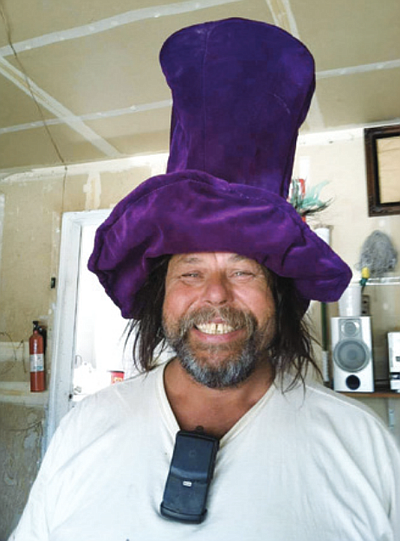 Born April 30, 1961 near Helsinki, Finland, we say farewell to Jessie Atchison AKA: “Moose” after a valiant battle with Cancer.

Moose is survived by his wife Dragon of 35 years, his children Rebecca, Crystal, Michael, Amanda and Deborah, his twin brother Jeffery, his mother Donna, many nieces and nephews, plus countless grandchildren and friends.

Moose served honorably in the US Navy on the USS Midway as a Plane Captain and afterwards led a successful life as an Electrician in the valley for over 30 years.

Moose loved going to Burning Man, listening to the Big Hairy Library, playing darts, pool, and Foosball. He really enjoyed the outdoors. He had several stories of his times “Noodling.” He also enjoyed building Remote Control airplanes and flying them.

He is in the care of Fitzhenry funeral home and a funeral will be held at Damascus Road Assembly church located at 974 Tillman Lane in Gardnerville NV 89460 on Tuesday July 12, 2022. An open casket viewing from 10am-1145am. Celebration of life starts at 12PM.

Feel free to bring flowers and wear Something Yellow.