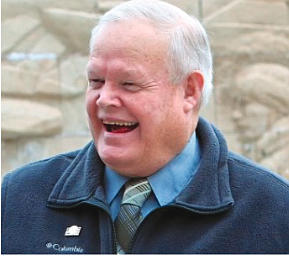 Retired police officer John Louritt had such a zeal for life and left a lasting legacy of community service and a loving family. John passed away suddenly on Wednesday, December 22, 2021 at the age of 75. John is survived by his wife, Marty, who he was married to
for 53 years, and his daughter, Karlye. He was also survived by his brother, Michael.

John was a decorated Vietnam veteran and dedicated his life to helping others. He served his community in many ways such as through his time as a police officer at the South Lake Tahoe Police Department for 32 years, as a member of the Douglas County School Board, as a Nevada Veterans Advocate, and by holding various positions in office during his time serving with the Elks. The list of John’s service to others goes on and anyone who knew him can attest to how big of a heart he had. He will be sorely missed.

John will be honored in a memorial service at the Gardnerville Ranchos Elks Lodge located at 1227 Kimmerling Rd Gardnerville, NV 89460 on Sunday, January 9, 2022 at 1pm followed by a potluck. In lieu of flowers, the family would like to request donations be made to Elks Lodge
Po Box 143, Minden, NV 89423.